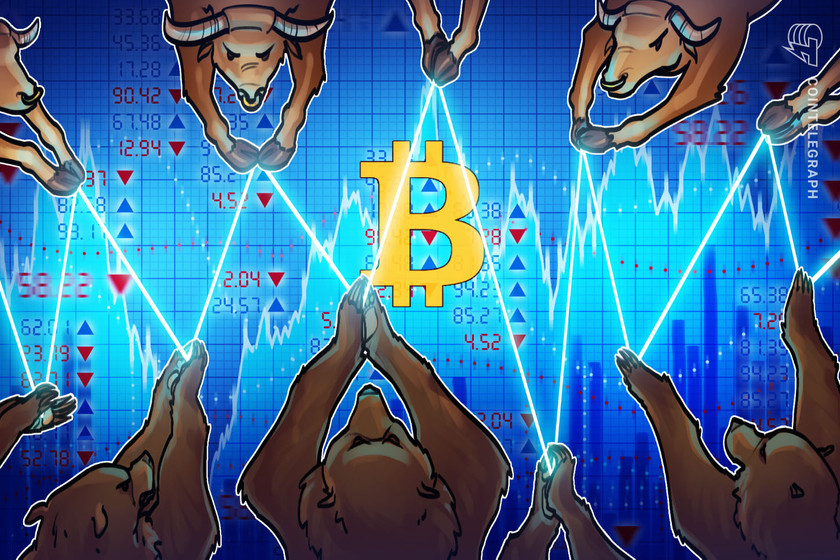 No change in central bank policy from Japan caused ruffled feathers in forex markets, but Bitcoin remains tied to a trading zone near two-month highs.

Data from Cointelegraph Markets Pro and TradingView showed BTC/USD holding firm above $21,000 on the day.

The pair remained cool amid news from Japan, where the central bank — the Bank of Japan (BoJ) — had decided to keep an ultra-easy policy in place, defying expectations of an interest rate hike.

In so doing, both the yen and U.S. dollar took a hit, the latest chapter in a saga being keenly watched by crypto commentators.

“In keeping its key rate and yield curve control policy unchanged at today's meeting, the Bank of Japan probably wanted to convey a message to the market; don't fight the BoJ,” ING reacted in a dedicated response piece.

“Another bearish retest taking place on the DXY, in which this one starts to drop substantially, maybe even due to the announcements from the BoJ earlier today,” he summarized.

In the event, DXY bounced at 101.9, not quite retesting the seven-month lows achieved on Jan. 16.

Van de Poppe also noted upcoming data due from the U.S. later in the form of the Producer Price Index (PPI) for December 2022.

“In a few hours we'll get PPI numbers and Retail Sales,” he added.

“Speculating that it could be the same whale using the $4M to insulate their $22M and give enough time to rug the $22M if the $4M gets hit. Just a theory. Time will tell,” one of multiple Twitter posts on Jan. 17 stated.

A subsequent tweet nonetheless voiced concern over “how long they can keep this up,” implying a corrective move could still present on Bitcoin.

The latest snapshot of the Binance order book showed the strongest resistance clustered at $22,000.